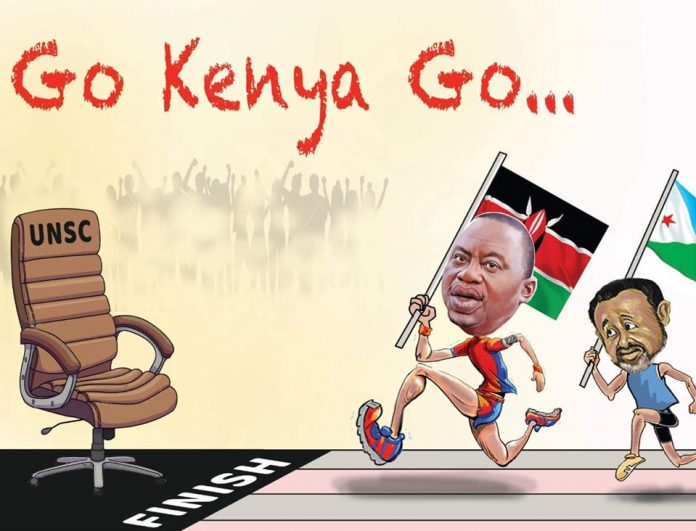 The country bagged 129 votes out of an eligible 191 casted ballots in the poll staged in UN Headquarters in New York to cross the required threshold of 128 votes or two thirds of votes cast.

The vote was preceded by more lobbying by government, led by President Uhuru Kenyatta, to the international community has the country sort to split more votes to its side after Wednesday’s lock out. “You know very well that the Sudanese peace process started here in Nairobi, we are a safe pair of hands who try to act as neutral as possible but always encouraging peace, stability and progress. This is what we are known for in the region and what we want to offer to the world” President Kenyatta said in his final pitch to UN member states earlier Thursday.

Kenya will now take its place on the 10 available non-permanent seats in the UNSC on January 1, 2021 on a two year term joining India, Ireland, Mexico and Norway who were elected to the four other rotating posts on Wednesday.

President Uhuru Kenyatta has welcomed the resounding victory in the second round of voting in the elections for a non-permanent seat on the UN Security Council terming the win as a demonstration of the country’s growing profile and influence in the community of nations as a steadfast and dependable development partner.

He has further thanked Kenya’s competitor in the election, the Republic of Djibouti for being a worthwhile opponent and the African Union for the endorsement as the continent’s flag bearer in the contest.

Kenya is now expected to enjoy an array of benefits accompanying the seat including being the link for Africa in advocating for the continents favorable policies and reforms and creating linkages between the UN and the AU on solving regional conflicts and attaining peace.

When God says it’s your day; After Spending only 100bob for...

Is this Girl the reason why Maina Kageni has never married?