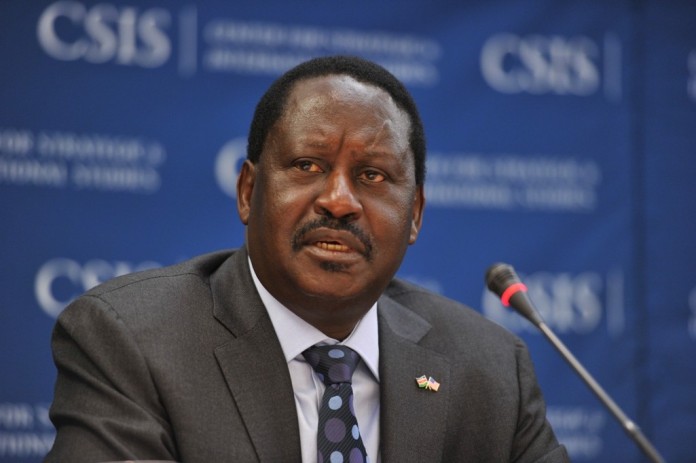 Cord leader Raila Odinga has dismissed calls that he should forget the presidency owing to his old age.

Raila, who spoke to AFP in Paris, France, said that he is not yet old enough to shelve his presidential ambitions.

He compared himself to his agemates Bernie Sanders, 74, and Hillary Clinton, 68, who are running for the White House in the US saying that he is only 71 and has what it takes to propel Kenya to the next level.

“I don’t know why people think I am old,” he told AFP.

His latest comments comes even the Cord coalition continues to experience disquiet over the succession matrix ahead of the 2017 General Election.

According to a Memorandum of Understanding signed between him, Kalonzo Musyoka of Wiper and Moses Wetangula of Ford Kenya, it is not clear who the next candidate for the CORD coalition would be.

Wiper and Ford Kenya have expressed fears that they might have been duped by ODM to signing a vague Memorandum.

Raila also criticized African leaders for clinging to the leadership and going to an extent of changing the constitution to declare themselves presidents for life.

Revealed: How Raila will spend billions for campaigns and is importing...