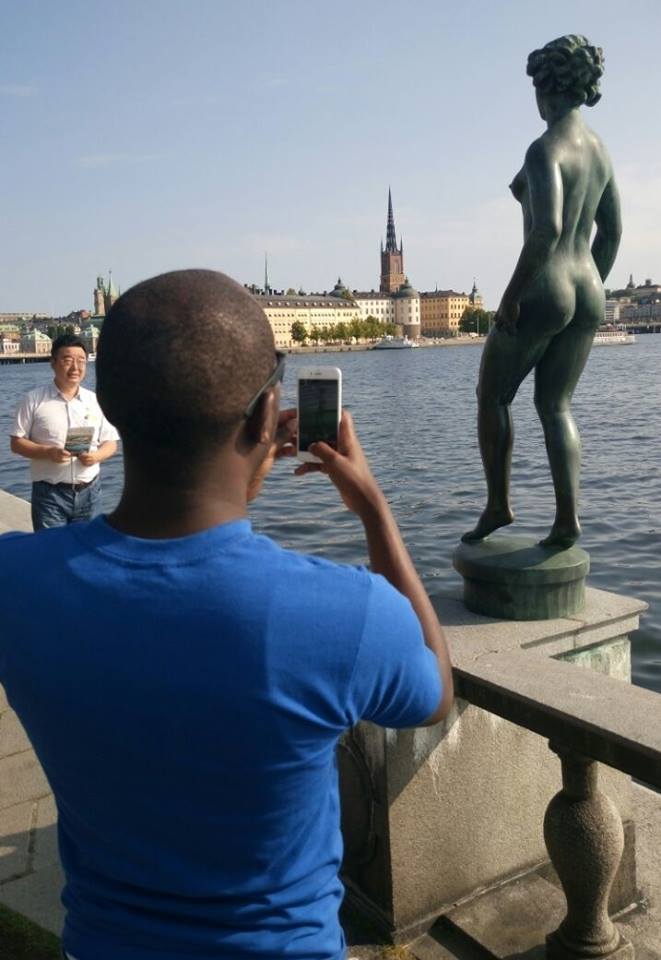 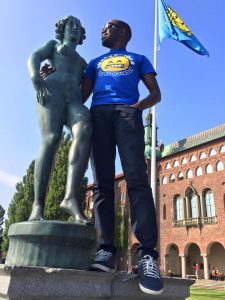 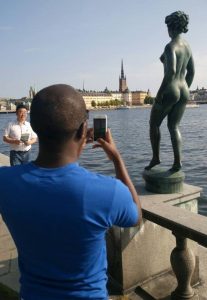 Larry Madowo is in Stockholm, Sweden and the whole world knows, as he documents all his movements on Facebook. Privacy is a thing of the past. Larry then proceeded to pose with a naked statue outside of the Stockholm city hall exposing the naked statue’s backside, captioning the photo, “Nani anataka kuona mbele?” “Who wants to see the front?” All the while he was giggling like a school boy who has never seen a naked woman.

This is a grown man who after realizing the naked photos may have offended his fans posts another picture, with the same statue saying that he is no ones role model. Larry, by now you should know that whether you are in the public or not you are still a role model. To your siblings, friends, cousins, and other members of the society. No man is an island. That being said, the pictures were posted on a light note. Lighten up Larry’s fans.

In conclusion Larry is an attention seeker who does not even realize that his actions affect those around him.

Please leave a comment below with your opinion about Larry’s actions. So SAD! Here is the young family John Macharia has left...