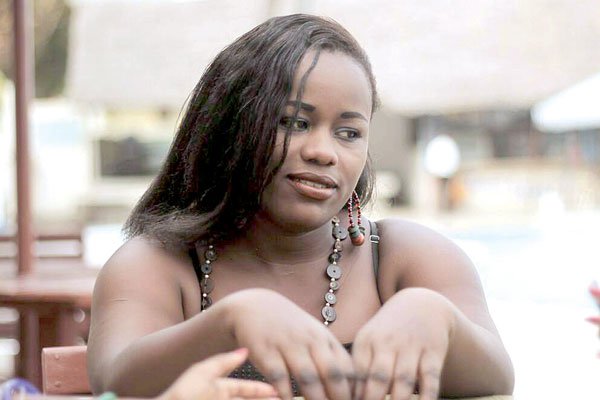 If you thought the white man sponsor thing is just a blurb, then think again. The latest to join the bandwagon is Shamaniz Ann.

For those who are yet to familiarize themselves with the name, Shamaniz is a talented songstress who shot to limelight a couple of years ago. She was based at the Coast before Producer Khalid, the CEO of A Million Records showed her the door.

This must have upset her career because she went MIA for more than two years. Top Coast blog Pwani Usanii then reported that the singer had allegedly landed herself a sponsor.

Recently, she let loose on social media and posted a picture of a middle aged white guy, with the wordings confirming the rumours.