The late Nyeri Governor Wahome Gakuru who died in a grisly road accident was caught up in scandals with women, something that was the discussion in Nyeri County late last week.

We understand that his marriage with his official wife, Catherine, was just cosmetic. She had separated with the Governor after she learnt that he had an affair with her niece, Diana
Kendi. They came back together early this year when Gakuru decided to vie for the gubernatorial seat.

Actually, Diana Kendi conceived with Gakuru’s kid when she was staying with the family. When Catherine learnt of it, she separated with Gakuru and became bitter enemies
with Diana Kendi, her niece.

Today, Kendi is the CEC Tourism and Catherine is the First Lady. The supremacy battles over Gakuru played out two weeks after Gakuru was sworn in.

Kendi influenced the abolishing of the First Lady’s office in Nyeri and the withdrawal of the official car given to Catherine.

During the Central ASK show last month, Kendi caused drama after she insisted that she must ride in the same car with the Governor to show how powerful she was and embarrass the First wife.

And she successfully did that. A Member of County Assembly by the name Carol Muthoni, a former Anesthetist at the PGH Nyeri and who used to lead the numerous strikes by medics across the county also had an affair with the late Governor. They were once caught having s3x at Sharbeen Hotel in Nyeri, something that was publicly discussed by the late Governor’s political competitors.

Here are the 3 women in the late Governor’s life. 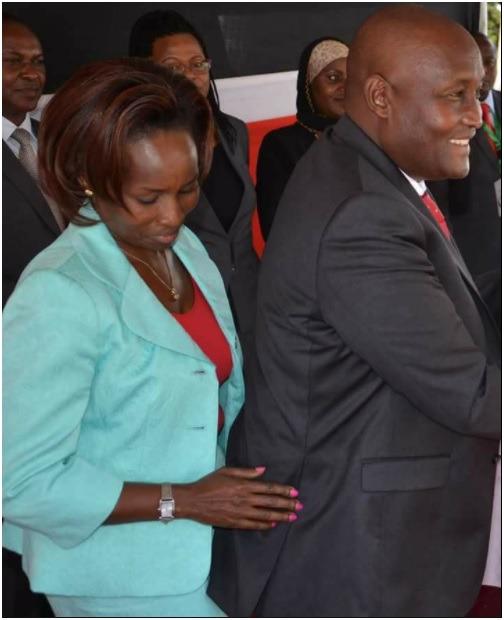 Side dish Diana Kendi who is niece to his wife Catherine. The Governor appointed her to be the CEC, Tourism. 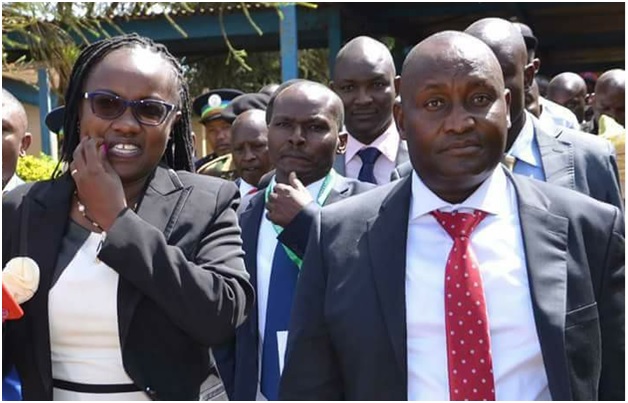 The other side-dish called Carol Muthoni who is an MCA.