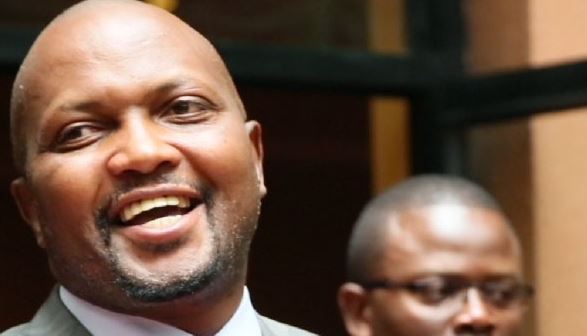 Gatundu South MP, Moses Kuria, has been elected the National Assembly Vice Chairperson of the Transport, Housing and Infrastructure committee.

The controversial lawmaker thanked his colleagues after the election for giving him his new role and issued a small speech on what he will do to Kenyans after being elected as the V. Chair of the influential committee.

I will do all within my ability to help deliver world-class infrastructure, modernize our ports and airports, ride the SGR from Mombasa to Kisumu, create the highest for our public works, deliver 500,000 affordable housing units over the next 5 years and make Kenya a regional air and maritime hub.”

“Thank you, members, for the confidence.,” Kuria said.

The High Court made the ruling in a matter where Kuria claimed that the NARC Kenya leader procured witnesses to fix Deputy President William Ruto during ICC cases.

Karua demanded Sh20 million from the MP in damages for defamation.

Governor Joho kicks out security officers reassigned to him by Uhuru...

This is why Flying Squad is hunting JUNET MOHAMED again! This...