Kevin Randleman soon will be part of the UFC Hall of Fame.

The former UFC heavyweight champion, who died in 2016, will be inducted into the Pioneer Wing of the UFC Hall of Fame later this year. The news was announced during Saturday’s UFC on ESPN 8 broadcast.

“Kevin Randleman was one of the first real athletes in the early days of UFC,” UFC president Dana White said in a press release. “He was a two-time NCAA Division-I national champion and All-American wrestler at The Ohio State University. He was the fifth heavyweight champion in UFC history and one of the first athletes to successfully compete at both heavyweight and light heavyweight. He was a pioneer of the sport and it’s an honor to induct him into the UFC Hall of Fame Class of 2020.”

Randleman won the vacant UFC heavyweight title in 1999, defeating Pete Williams by decision at UFC 23. Randleman defended the belt once, outpointing Pedro Rizzo at UFC 26 in 2000, but lost the title to Randy Couture a few months later.

Randleman is also know for his stint in PRIDE, where he competed 11 times, sharing the ring with some of the best fighters of his time including Mirko Cro Cop, Fedor Emelianenko, Quinton Jackson and Kazushi Sakuraba. 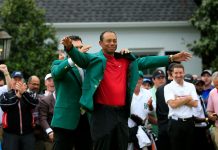 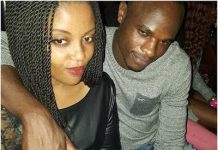 REVEALED! Here’s the amount of money, DENNIS OLIECH, will be earning per month at Gor Mahia