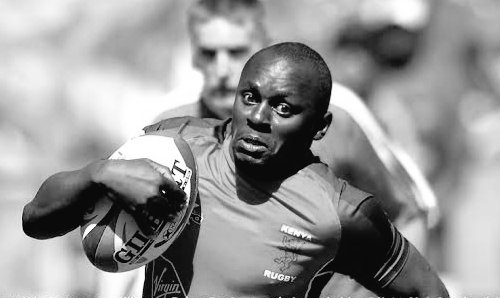 Allan Makaka, a friend and an employee at Royal Media Services, died in a road accident on Mombasa Road on Friday.

RMS HR Director Rose Wanjohi confirmed the news on Saturday morning. “It is with great sadness that we announce the passing on of our colleague Allan Makaka, Business Manager in the Commercial department through a tragic road accident on 22nd May 2020,” she said.

The HR Director described Makaka as a person who worked with great dedication, passion & commitment.

He joined RMS in February 2012 as a Business Executive and later became the Business Manager in charge of HOT 96. “We have been in touch with the family to condole with them. We request your prayers and support to the family during this very difficult time,” The Director’s statement adds.

The Kenya Rugby Union released a statement on Saturday saying his death is a huge loss to his family, friends, colleagues and the rugby fraternity.

KRU described him as a warm individual off the pitch. “Born on 28 June 1982, Makaka was a former Kenya Sevens international & was part of the squad that played at the 2005 Rugby World Cup Sevens in Hong Kong & the 2006 Commonwealth Games in Melbourne, Australia,” the statement on the website reads.

Having reluctantly taken up the sport as a teenager, Makaka rose to become one of the hottest High School prospects and first earned a junior national team call-up in Form Four to feature in Under-18 and Under-21 tournaments.

He eventually earned his Shujaa bow and went on to make a total of 57 appearances on the Sevens World Series, managing 28 tries and is ranked 21st overall amongst Kenya’s all time try scorers on the World Series.

The 37-year-old initially played his club rugby at defunct military side Ulinzi, winning back to back National Sevens Circuit titles in 2002 & 2003, making a name for himself with his searing pace & earning selection to the national sevens squad, Shujaa off the back of his performances.

32 killed in Sachangwan 13 vehicle pile-up, As driver was Escaping...

This Young man foresaw his death before the Nakuru accident claimed...