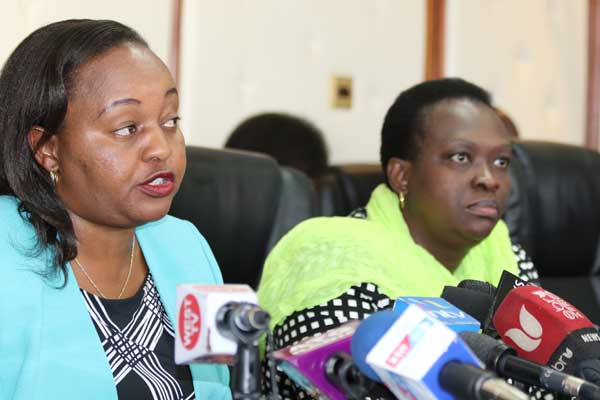 Former Devolution Principal Secretary, Peter Mangiti, has been arrested by the Ethics and Anti-Corruption Commission (EACC) detectives after grilling over the Ksh 1.6 billion loss at them National Youth Service (NYS).

Mangiti was arrested alongside former National Youth Service (NYS) Finance Director, Samuel Wachenje, and ten others linked to the cash theft at the service.

They were grilled by the anti-corruption detectives at Integrity Centre before being arrested and taken to Milimani Law Courts where they are set to be charged with the theft.
Anne Waiguru Not among the arrested.

Lawyer PLO Lumumba Resigns From The Kenya School Of Law

JCC Bishop Allan Kiuna accused of being involved in a nasty...