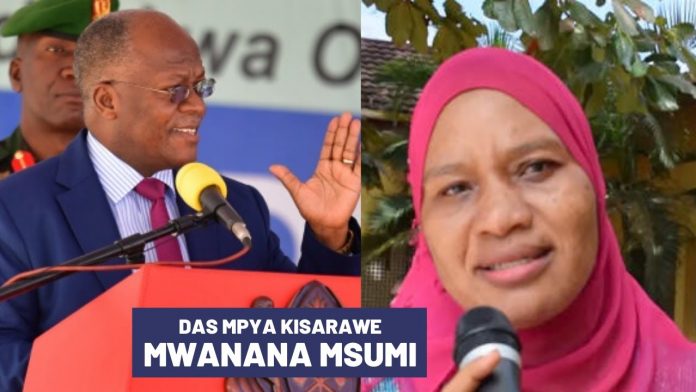 The president went ahead and ordered the Coast regional commissioner Everist Ndikilo to propose someone who would take over from the sacked official.

Ndikilo proposed an administrative officer in the district commissioner’s office and the president directed the prospective appointee to come forward. Mwanana Msumi came forward and after a small ‘interview’ in which the head of state asked about her qualifications, he immediately declared her the new appointee amid cheers from the public.

Magufuli then directed the relevant departments to inform the public service board about the minor changes which should be effected immediately.

Although he is known for being tough, Magufuli’s action could also be interpreted as a bait to lure citizens into voting for him in the upcoming October elections.

“Una elimu gani ofisa tawala(What are your qualifications)?,” he asked, and when the lady by the name Mwanana Msumi responded by saying she had a masters degree in public administration, “kuanzia leo wewe ni DAS, ukaendelee kufanya kazi From today you are the new DAS, continue working)” Magufuli confirmed her appointment

Magufuli then warned the leaders, including the new DAS, that they would be fired if they would not work within their jobs’ ethics.

KK security guard who stole Sh25m arrested at a nightclub in...