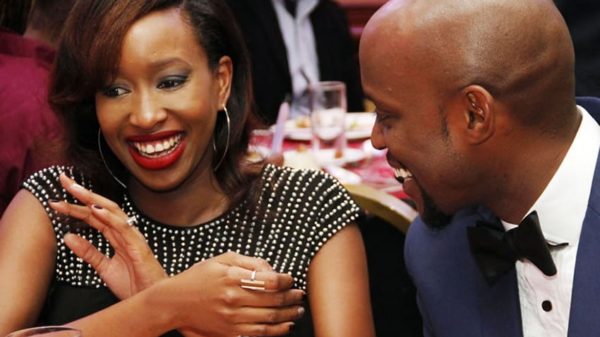 According to Tea Master Edgar Obare, the popular media personality has removed her wedding ring after parting ways with her husband and dropped the ‘wife’ tag on her Instagram bio.

A source whispered to Edgar Obare that Janet divorced her husband last year.

The former TV girl turned businesswoman and philanthropist had a big event over the weekend where she launched InuaDadaCentre to promote the girl child and her husband did not attend the important event.

He didn’t also mention anything about his wife’s accomplishments on the special day, thus raising eyebrows among Netizens.

Instead, he posted photos on his Instagram stories spending time alone.

A recent photo of Janet Mbugua taken at the weekend event when she was launching the Inua Dada Centre also reveals that she has removed her wedding ring.

Eddie and Janet got married in an invite-only wedding at Chaka Ranch a few years ago.

In 2019, she hinted that her marriage was facing challenges during an interview with Betty Kyallo on the Upclose and Personal TV show.

She admitted that the institution of marriage is a challenging one although she didn’t divulge more details.

Here are screenshots of Edgar Obare revealing that the former Citizen TV anchor has parted ways with her husband.

PHOTOs! Kikuyu woman advertises herself as a wife material – No...

PHOTO of the choir LADY that MATIANG’I has been chewing