NASA supporters on Monday held demonstrations in some parts of the country in a bid to force IEBC officials behind the nullified presidential election leave office.

The protests will be taking place twice a week; on Monday and Friday as directed by presidential flag bearer, Raila Odinga.

In Nairobi, the protesters showed up with miniature People’s Republic of Kenya flags.


NASA strategist, David Ndii had in August called for secession, a move that did not sit well with Jubilee leaders. 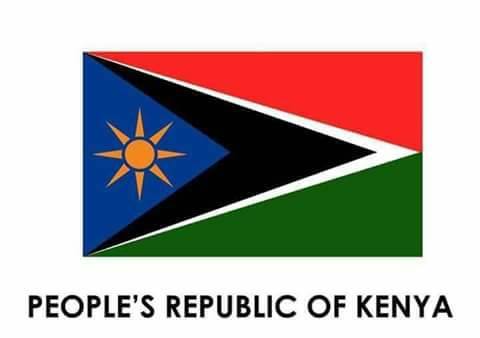 The anti-IEBC protests seem to have awoken the secession talks.

The ‘proposed’ flag looks more like the South Sudan flag.

Amos Wako accuses Busia MCAs of having ‘s3x’ with Governor