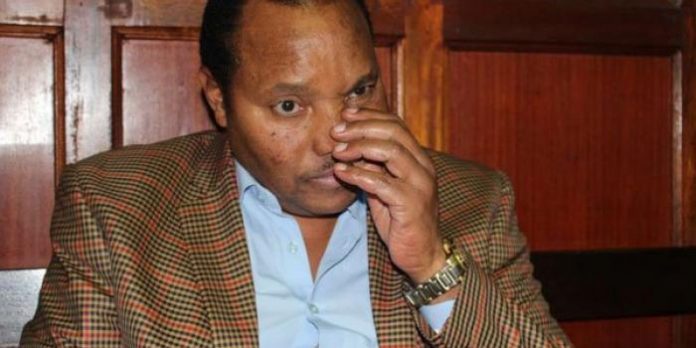 Former Kiambu Governor, Ferdinand Waititu’s woes have piled up at the Milimani Law Courts barely a week after the Senate voted to impeach him over allegations of gross misconduct, corruption and abuse of office.

Waititu lost a bid to have two witnesses denied the chance to testify in a graft case where he is accused of misappropriating Ksh588 million.

The former Governor had argued that former Kiambu Finance Chief Officer, Faith Njeri Harrison, and former Director of Supply Chain Management, Justus Bundi Kinoti, had carried out the transactions that landed him in court and therefore should not testify due to conflict of interest.

However, Senior Principal Magistrate, Thomas Nzioki, refused to have statements from the two witnesses expunged from the record.

Waititu had filed the case in court on Thursday, January 30th, a day after Senators voted to remove him from office.

In his application, Waititu wanted the two witnesses treated as accomplices in the graft scandal.

Through his lawyer, John Swaka, Waititu explained that it was Njeri who approved dubious payments to contractors.

He further said that it was Kinoti who coordinated the tender award process and gave his professional opinion on the deals.

Waititu’s former Deputy, James Nyoro, was sworn in as the new Governor of Kiambu last Friday.

Merck continues to empower Kenyan women through “Merck More than a...